Grand National: The Rise of the Female Jockey 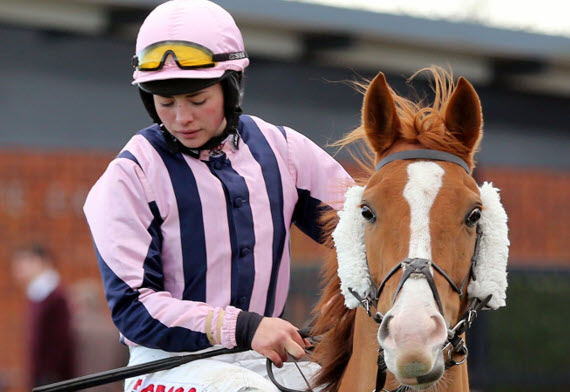 Gender equality is a major talking point in the world of sport and none more so than in horseracing.
In the last 40 years, there’s been a rise in female jockeys competing at the Grand National; however
a 2017 study revealed that women in horseracing under-represented in most prominent areas.

Conducted as part of the Thoroughbred Horseracing Industries MBA, the survey revealed that only
11.3% of professional jockey licences were held by women, with only 5.2% of available rides taken
by female jockeys.

Female riders took 10% and 9.3% of rides in Class 6 and 7 races, respectively; however, only accounted
for 1.1% of rides in Class 1 Flat races. Although, the figures of female stable staff was up from 42% to
51%, women were largely under-represented in higher positions such as trainers and jockeys.

Female Jockeys at the Grand National -

Charlotte Brew was the first female jockey in 1977 and since then, female jockeys have participated in
18 Grand Nationals. Riding Barony Fort, Brew didn’t complete the race, with the horse refusing the 27th
fence.

In fact, over the years, many female jockeys have tried and failed to complete the course and it wasn’t
until 1982 that this was achieved. Geraldine Rees, who was riding Cheers, was an outsider at 66/1 and
while she completed the course, she came eighth out of eight finishers. The following year, she rode
Midday Welcome and failed to finish, falling at the first fence.

In 1994, Rosemary Henderson rode 100/1 underdog Fiddlers Pike and completed the course, finishing
in fifth place – and it was almost a decade until another female jockey rode in the Grand National.
A more likely runner, Forest Gunner, rode by Carrie Ford in 2005 finished fifth and returned the
following year, this time with Nina Carberry at the saddle –   but unfortunately finished ninth place.

Nina, the daughter of former Grand National winner Tommy Carberry, competed in a further four
Grand Nationals. Her best finish was in 2010, with Character Building completing the race in seventh,
before a 15th place finish the following year on the same horse. Most recently in 2015, she rode First
Lieutenant at odds of 14/1 and notched a 16th place finish, before announcing her retirement last year.

Walsh is another household name in horseracing and Katie, the sister of two-time Grand National winner,
Ruby, competed in three successive races between the 2012 and 2014. She made her debut riding Seabass,
trained by her father, Ted, and gained a very respectable third place finish – which remains the best finish
by a female jockey at the Grand National. Katie competed in a further three races between 2016 and 2018,
before announcing her retirement that year.

At last year’s Grand National, hopes were pinned on Bryony Frost, who made a big impact in the 2018
season, with a number of wins, notably winning at Cheltenham. In the Grand National, while riding Milansbar,
she finished an impressive fifth and her trainer Neil King was full of praise:

He said: "He has run really nicely there. She gave him a smashing ride and he gave her a great ride.

"His jumping was just as we thought, which was absolutely immaculate. He was eighth jumping the last,
then he got a second wind to run on again and finish fifth.

"He was the first English horse home, which was nice”.

To sum up the stats, 17 different female jockeys have competed in 22 Grand National races. 17 of these times,
the horse did not finish and there have only been 13 occasions where they’ve placed. But while there were
three female Grand National runners in last year’s race – the highest in 30 years – the wait for a winning
female jockey goes on.