Rachael Blackmore Has Lost Her Claim, and She’s Delighted

Champion conditional jockey Rachael Blackmore notched another victor at
Wexford recently when she rode 4-1 Sweet Home Chicago to victory. Her ride
was well composed, which is what fans and followers have come to expect
from the now seasoned jockey.

She now enjoys 60 career winners with her latest, a three mile maiden hurdle,
winning it by 16 lengths. Initially, when she began training and having opportunities
to race as a jockey, she didn’t believe she would ever ride out her claim (that she
would reach the maximum age allowance instead), she was thrilled to have
achieved this milestone at last.

She said during a post race interview, “It’s a major milestone and I’m delighted
to achieve it.” She went on to add, “I had my first winner in February of 2011 on Stowaway Pearl.
I’d like to thank Shark (Hanlon, trainer), my agent Gary Cribbin and all the
trainers who have supported me.” 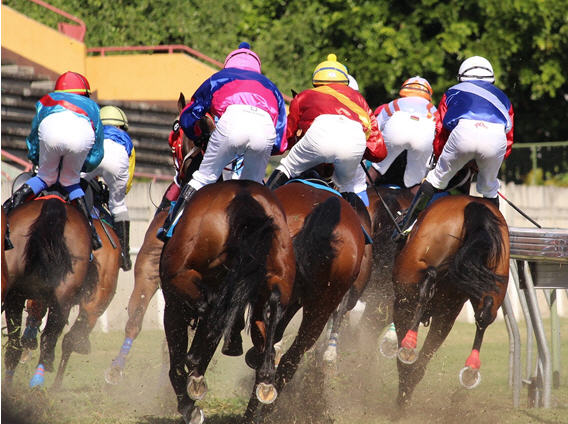 Rachael Blackmore has enjoyed a tremendous amount of success during her young
career, having become the first female jockey to secure the champion conditional riders’
title with 32 wins last season.

Shark Hanlon spoke to reporters as well about Rachael Blackmore’s success and had
nothing but praise to lavish upon her. He said, “It’s great to see Rachael ride out her
claim. She is a very good rider and she does everything right. I gave her her first ride
on the track and point-to-pointing. She has come a long way, she is a hard worker and
deserves all the luck she gets.”

It may not really be luck that has propelled her success, as Rachael practices hard, trains
for long hours, and has been focused on having high success in a tremendously competitive
sport. Her start with Hanlon began based on a recommendation from Davy Russell.
Hanlon didn’t have a jockey for a race in Thurles one day many years ago and ever
since she had been working with him.

People who enjoy gambling and betting realize it’s not that easy to find great talent,
or a great place to play. TheCasinoDB provides an easy way to find the perfect games
and casino experiences, and like Ms. Blackmore, the wins keep on coming in.

Even though she has now officially rode out her claim, that doesn’t mean people should
expect to see Rachael Blackmore taking the backseat in future races. She has an incredible
amount of experience and doesn’t get frazzled easily. She remains focused, connects with
the horse, and stays calm, even under difficult circumstances.

It’s easy to believe that enjoying the benefit of a claim for a long time accounts for some
of the wins, but not 16 length victories and not becoming the first female jockey to secure
the champion conditional riders’ title.

Those accomplishments come from experience.

Jockeys like Rachael Blackmore don’t come around all that often and it will certainly be
interesting to witness how she approaches her next race, the first one without a claim.
Depending on her ride, conditions, and plenty of other factors, she might be a worthy bet.

All-in-all, it’s great to witness history in the making and when seeking out a good bet,
Rachael Blackmore may very well be one to consider.