Who will be this year’s “Big Orange?”

The tipsters’ choices for Ascot 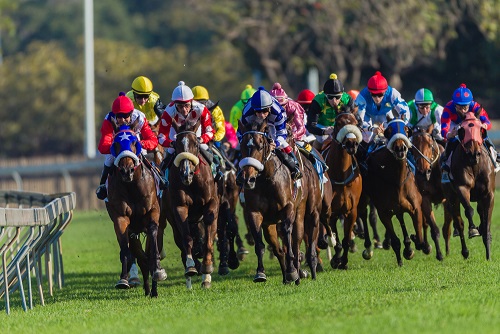 At last year’s Ascot Gold Cup, 16/1 outsider Big Orange pipped bookmakers’ favourite Order of St George
to win by a neck. It might have come as a surprise to the horse racing press, but there were a number of
tipsters who had smug expressions on their faces and money in their pockets. It’s all very well to be wise
after the event, but now is the time to single out the horses that could pull off a similar performance.

Smart punters getting in early – and with nothing to lose It is always a good strategy to get some money
down while the odds are at their longest, and if you are new to horse race betting, there is nothing to lose.
Online bookmakers typically offer introductory bonuses and free bets on different sports, from the races to
the latest technological crazes like eSports. The trick is for the beginner to use them like a seasoned punter.
Here are some of the runners that might just surprise the bookies at Ascot this year.

Gabr in the St James’s Palace Stakes The fourth race on the opening day is a Group 1 affair that is a mile
long around the old course. The bookmakers have named John Gosden’s Without Parole as the 5/2 favourite
early doors, following strong wins in Yarmouth and Sandown. However, the horse has yet to be tested on the
big stage, and a look further down the race card sees Gabr languishing at 10/1. Those look like seriously long
odds for a horse that finished less than a length behind Without Parole last time out at Sandown. Add to that
the fact that this had been Gabr’s first run out of the season, and there is definitely an upset in the making.

Torcedor in the Gold Cup Most of the talk around the Gold Cup is whether Order of St George can make up
for last year, and the Aidan O’Brien trained six year old, is once again favourite for the feature race on Ladies
Day. His main challengers are expected to be Stradivarius and Vazirabad, but don’t be surprised to see Jessie
Harrington’s Torcedor in the mix, particularly if there is rain in the air. Torcedor already has a win over Order
of St George under his belt, and he won convincingly at Ascot in the Sagaro Stakes earlier this year. Odds are
already shortening from an initial 12/1 to 10/1, with some bookies now down to eights, so if you fancy a flutter
on Torcedor, get in while you can.

Dancing Brave Bear in the Ribblesdale Stakes Here’s a filly that’s going places. She stormed onto the scene,
winning first time out at Lingfield last December at odds of 20/1, and followed it up with a victory at Chelmsford
in April. Losing by a length at York last month was no disgrace, and trainer Ed Vaughan thinks this is a horse
destined for great things. He’s also suggested that she was not in peak fitness at York, but will be far sharper for
Ascot. With all that in mind, those 14/1 odds look mightily tempting.

Al Muffrih in the King Edward VII Stakes This is a race that is looking wide open. Mildenberger is the early
favourite, but at 5/1, the bookies are the ones that are hedging their bets. A look further down the race card sees
Al Muffrih. Willian Haggas has yet to train a winner at Ascot, but this could just be his moment. The 20/1 shot
impressed at Newbury last month and could be coming into form at the perfect moment.